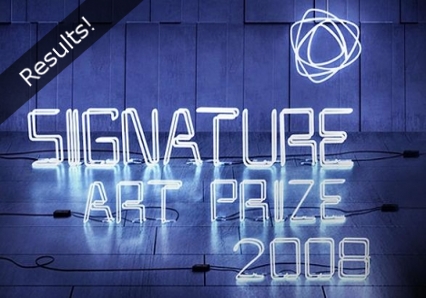 In September, ArtZine invited readers to vote for the favourite artist from the finalists of the Signature Art Prize 2008. The results are out and the shortlisted works are on display at the Singapore Art Museum from now till November 16.

The People’s Choice Award went to Mongolian artist Davaa Dorjderem for Voice in the Space, (pictured below) which received the most number of public online and onsite votes. He was awarded SGD 10,000. 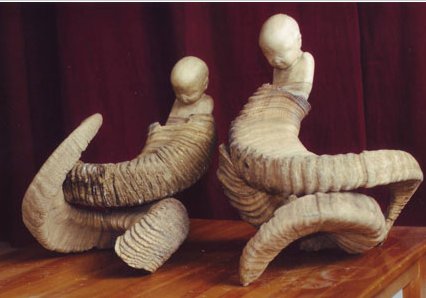 Dorjderem’s work reflects the life of the fetus in the womb, from which he depicts the moment of its conception until it is given birth. “I think that its consciousness exists in a larger space and the nine months spent in the mother’s womb equals a lifetime. The layers of the horn represent the various voices that the fetus hears and interacts with as it grows. The voices get louder and louder as the layers get bigger and bigger.”

The winning artwork belonged to Singaporean artist Yeo Chee Kiong who was awarded the Grand Prize. He received SGD 45,000. A Day Without A Tree, is a mixed media installation transforming the columns of the National Museum into a word of caution telling of the devastating effects of global warming. 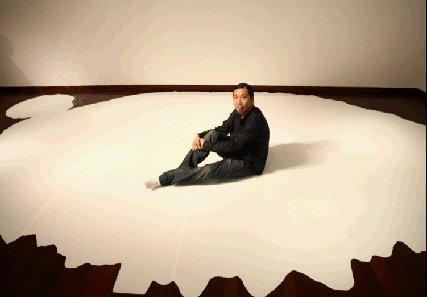 His work was selected out of 34 nominations from around Asia. Yeo said, “The Signature Art Prize is definitely a significant award as it marks the growing importance of contemporary visual art practice in the Asia Pacific region. Winning the award is certainly the highlight of my career. I feel very happy and encouraged.”

Juror Dr Apinan Poshyananda mentioned that “the shortlisted artworks were each impressive in their own right and it was difficult deciding which to award the Grand Prize. In the end, we (the jury) felt that Yeo Chee Kiong’s A Day Without A Tree represented the best original artistic interpretation of concept combined with a creative use of media and material.”

Contemporary artists have something to look forward to as the success of this year’s art prize had inspired the committee to consider expansion. Mr Simon Israel, Chairman of the Board of Trustees at APBF announced that they were “very excited to see the breadth and scope of the artworks in terms of mediums and subjects. The success of this inaugural art prize has led us to decide to open it to all countries in the Asia Pacific region in 2011.”