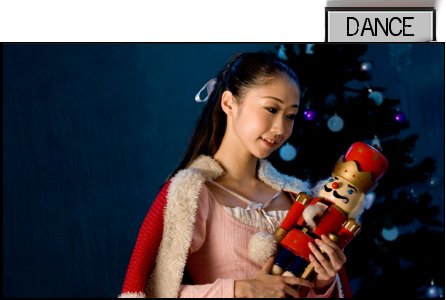 When Tchaikovsky plays in the background and a little girl called Clara receives a Nutcracker for a present, audiences sit up with curiosity for another magical Nutcracker season.  Who can resist the Land of Sweets?

This Christmas, SDT’s resident choreographer, Jeffrey Tan brings us his version of The Nutcracker for the second time (the first was back in 2005).

Will the reformed classic triumph?

According to the Flying Inkpot, he made a few changes to Anthony Then’s SDT original:

– He framed the ballet as a tale from a children’s storybook, starting with the elderly Drosselmeyer pulling a tome from the cheery bookshelves that line the proscenium arch.
– For the first act, he moved the action outdoors to a village square.
– Clara and her Nutcracker Prince, fly to the Kingdom of Sweets on a hot-air balloon instead, journeying through Spain, France, Arabia, Russia, China, and Holland.

So what does he have in mind now?

ArtZineSG: Could you tell us what inspired you to re-create it, since you had one previously in 2005?

Jeffrey: Well, I would say that, for all the ballets that I create, there will always be ample room for improvement. That is also the reason why, I want to recreate a ballet and bring out the best though improvisations.

ArtZineSG: Nutcracker is much larger than most other ballets that SDT puts up. What’s it like to look after such a large production with so many extras from outside the company?

Jeffrey: I am pleased to have rehearsal assistants to assist me especially when rehearsals start as early as September on a daily basis when the children are also in the midst of their school term.

We have approximately 200 extra dancers and 11 characters. It is definitely fun to work with the younger children and it makes me feel younger!

ArtZineSG:I’m really glad to see that Chihiro and Natalie have been cast as Clara and Sugar Plum this time. Could you tell us how the casting for the leading roles were decided?

Jeffrey: I will always take the dancer’s character into consideration. Chihiro is a natural when it comes to miming/acting which I feel that she is suitable for the role of Clara while Natalie has a more matured look and the princess aura.

ArtZineSG: Any fond moments of this production?

Jeffrey: Definitely lots! I had danced in most of the roles in Nutcracker since I started dancing ballet but it is more rewarding to see the younger generation at helm now.
Don’t Miss:

> The Grand Pas de Deux between the Sugar Plum Fairy and her cavalier.

> Definitely the sets – you can expect pyrotechnics on stage and a Christmas tree that grows from 2 to 8m! 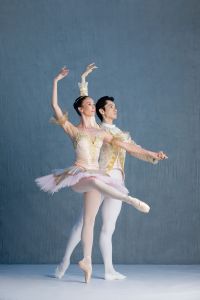 Not familiar with the story of the Nutcracker? Read here.
Never heard Tchaikovsky’s music? Listen here.

Many people were quick to comment on the programme booklets that were sold at $10! While some expressed their disappointment in not being able to buy a copy to take home, others were questioning the price of the booklets.

2 thoughts on “SDT The Nutcracker”