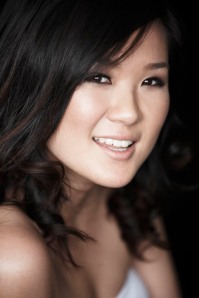 I play the villain Black Azira. She rules Sleepless Town and longs to gain one million dreams to gain immortality. She’s hungry for power and she’s ruthless. She’s also overtly unpredictable (schizophrenic) which is one of the reasons why people fear her. I would sadly say I don’t relate to any of the characters in the show. The characters in Sleepless Town are very extreme and the characters in reality face a haunting event which I’m glad to say I’ve never experienced in life.

AZ: What are some of the challenges you have faced while preparing for the production?

So much of Black Azira is the ultimate dark side of life or imagination itself. To really bring her to life, I as an actor have to behave and execute her essence by being true. Sometimes it feels a little wrong!! We were always taught in society to be mannered, to respect and that killing is wrong. But when I play Azira, I’m forced to be the extreme and find a way to believe that what I’m doing is the right thing. That is my challenge.

AZ: And since we’re talking about Superheros,
– Who is your favourite superhero ?

It’s terrible but I never really had one! I was never a superhero or a comic fan. I guess on the top of my head, superman, in the sense that it was very clear he led a double life and that was intriguing for me!

Perhaps it’s because deep down I’m lazy!! But I’ve always wondered what it’d be like to control things from my mind, either objects, time and space or even read minds.

Read more about Sleepless Town here or hear it from the cast here.