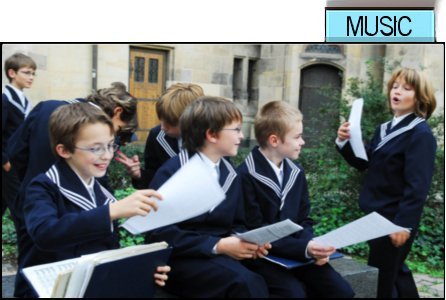 A loud applause rings through the Esplanade Concert Hall as a boy no older than 8 years old steps forward from the choir and bows deeply. Grinning widely, he returns to his place among other boys around his age.

He’s no regular boy.
He’s a choirboy from the highly-acclaimed St Thomas Boys’ Choir from Germany of which thousands of German boys audition for each year.
He’s a soprano, rehearses 5 hours everyday and performs outdoors 3 times on weekends.

The boys may be short in terms of height but the younglings command full, resonant singing-voices that one can only marvel at. I, alongside many others, applauded their tremendous talent when the choir sung at the Esplanade on 6 March.

The concert, however, had a shaky start with their voices not fully warmed up yet. Sopranos squeaked, the Bass was lost underfoot and conductor Georg Christoph Biller kept urging them to give more and sing out.

By the 2nd Bach motet, the choir seemed to settle down as they listened carefully to each other and supported the high notes better. Superb crisp diction dotted their phrasing as they tackled scales effortlessly.

There were brilliant moments in each motet that followed. However, their best moments were during their encore pieces. Full and round, their voices were at their peak at the end. Unfortunately, it was also the end for the audience as they turned to go.