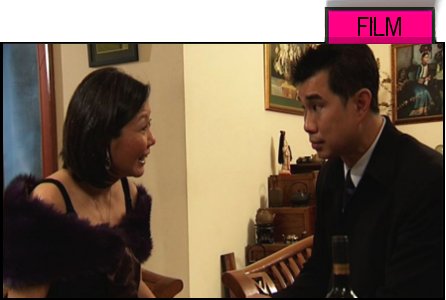 ArtZine chats with director Sean Cheong, whose film entitled Electronica, I love you, has been shortlisted as one of the top favourite films of First Take 2008.

Electronica, I love you is a portrait of the accidental dissolution of human relationships, set against the backdrop of hollow, superficial and volatile electronic communication.

Written and produced by Samantha De Silva, it tells of Peggy (Neo Swee Lin), a lonely retiree hooked on American soap operas and her introverted son, Thomas (Lawrence Wong), who suffers from social anxiety disorder. They live in the same house but exist in completely different realities that never converge.

Are you addicted to the Internet or the TV? Electronica, I love you was inspired by the digital divide and the idea of digital identities.

Sean: I must admit that I am guilty of being an addict myself. The idea of how one can be self-sufficient just by being online and how the Internet has replaced face-to-face communication is an important issue to me, especially in the last 2 years, during which the internet connection has improved. This is what Electronica, I love you hopes to tell by showing a contrast in media consumption between mother and son.

Here, we have a son who simply goes on MSN and Facebook to talk to his friends. On the other hand, we have his mother Peggy (Neo Swee Lin) who writes letters to her secret admirer.

Three stories pulled into one

The scenes with soap opera characters Dr. Grayson (Brent Huras) and Laura (Sanny Chen) are taking place in a different reality (they are part of the soap opera that Peggy watches), parallel to what is going on in the lives of mother and son. 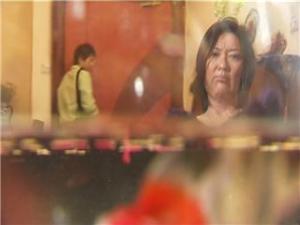 Most of the scenes have no dialogue, therefore from a director’s point of view, it’s the little subtle nuances that we had to pay special attention to.

Then there’s also the “How on earth do I direct a veteran like Neo Swee Lin?” doubt that I had to keep clearing from my head. I guess the solution was to work with the cast as a whole rather than direct them per se, because with actors of such high calibre, they will add value to the role with their insights. It taught me, that as a director, it also helps to listen.

On I Dec, the audience at First Take 2008 will cast their votes for their favourite film! They should vote for you because…?

But honestly, I hope that when the audience watches it, they would be able to see a bit of themselves on it, whether or not it is that extreme as the characters in the film. Are they like any of the characters, and if they are, then they should do something about it or at least understand what they could be getting into.

If that is achieved, then it’s not important if I am voted for or not.

Though if he won, he confesses that there’d be nothing else that would make him happier. 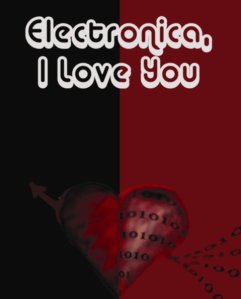 Sean: Of course, not everyone and everything to do with the internet is all doom and gloom. There’s positive instances too like good friendships being forged.

It’s like a bit like Liverpool Football Club actually. There’s always doom and gloom when ‘El Nino‘ is injured, but hey! It’s not that gloomy after all we’ve been winning a fair bit (without him so far) and suddenly, everyone talks optimistically about winning the title in May.

Are you working on any new projects?

Sean: No. I am not doing any more films. I work in the TV industry and that is my home and my staple and pays my bills and gives me an income…hopefully. it will forever!

I’ve just finished Incredible Tales 6 and a Channel U infotainment series. I’m developing and directing some TV shows at the moment.

I won’t be making any more films soon…but in the same token, never say never. If I get an itch, an inspiration, a story and most importantly, the funding, I may just make another film.

Electronica, I love you is Sean Li-wen Cheong’s fourth short film with the support of the Singapore Film Commission. Sean is also a two-time award winner of the MDA Scriptwriting competition in 2004 and 2005 and has been scripting for numerous productions ever since. His other 3 short films have been selected for both local and international film festivals.